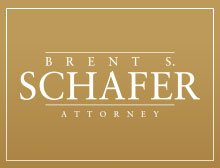 Attorney Brent Schafer gained national attention for his work on the high-profile case of Koua Fong Lee v. State of Minnesota, in which Mr. Schafer successfully represented Mr. Lee, who was wrongly convicted of criminal vehicular homicide. The case dealt with Mr. Lee’s late-model Toyota Camry that accelerated uncontrollably as he exited a highway, causing the vehicle to crash into two cars, resulting in the death of three people.

Mr. Schafer was honored for his work on the case by the Innocence Project of Minnesota. He received the organization’s first-ever Never Forgotten Award. In 2011, Mr. Schafer was ranked among the top attorneys in the nation when he was named a finalist for the Public Justice Foundation’s prestigious Trial Lawyer of the Year award for his work in the Lee case. He has appeared on local and national news programs discussing the case and his pending federal litigation against Toyota Motor Company regarding the allegedly defective throttle of Mr. Lee’s Toyota Camry.