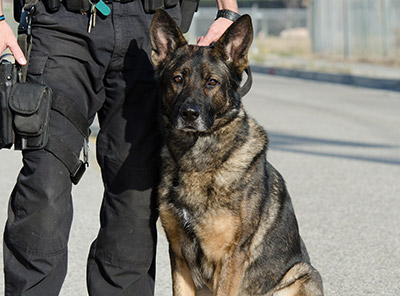 A commercial vehicle inspector was inspecting the defendant’s commercial vehicle at a weigh station and thought, but was unsure whether he smelled the odor of marijuana in the vehicle. The inspector had only smelled marijuana twice during his training 9 years earlier. A narcotics dog was called to the scene and alerted to drugs.

The District Court suppressed the marijuana evidence and the Court of Appeals here affirms, finding that there was an insufficient reasonable and articulable suspicion of drug related activity to justify the narcotics dog sniff. State v. Estrada (Ct. App. Unpubl. 09/04/18).