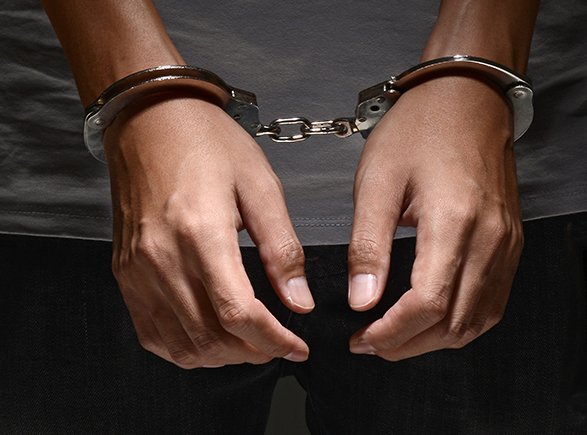 Pat-Search Justified
An officer observed a bag of marijuana protruding from defendant’s pocket and observed that defendant twice attempted to put his hands in his pants while handcuffed. The Court finds that this conduct provided a reasonable, articulable suspicion that defendant was engaging in criminal activity and a reasonable belief that he was armed and dangerous. The pat-search was justified. State v. Brisco-Turner.

Asking for Identification
An officer encountered the defendant’s vehicle at 1:41 a.m. parked in the middle of the intersection with both occupants having left the vehicle. The passenger was admittedly intoxicated, had vomited and one of the vehicle occupants uttered an expression of dismay at the presence of the police. The Court finds a reasonable basis for the officer to suspect criminal activity and no error in asking the defendant for identification. State v. Jensen

Marijuana Odor – Expanding Stop
The Court finds that an officer smelling marijuana in the vehicle provided a basis to expand the stop to search for drugs. State v. Hughes

Stop for Speeding
Affirming a denial of the defendant’s motion to suppress in connection with the defendant’s DWI arrest, the Court finds that an officer had a sufficient basis to stop the defendant’s vehicle for speeding based upon visual observation corroborated by radar. State v. Miller

Traffic Stop - Suspicious Driving
An identified caller made a 911 call and reported that the defendant’s vehicle had been parked for 15 minutes with its lights on. The officer observed the vehicle driving very slowly, braking sporadically, shifting into reverse, and driving on a dike. The Court finds that there were sufficient facts to justify the stop of the vehicle. State v. Donarksi