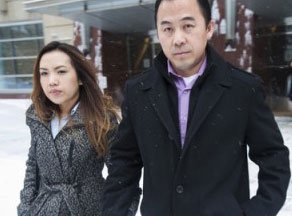 After deliberating for 4 days, the six-woman and six-man jury found Toyota Motor Corp. 60% at fault for the 2006 crash that sent Koua Fong Lee to prison. The jury ordered Toyota Corp to pay $10.9 million in damages for the high-speed crash in St. Paul that cost the lives of three people.

Mr. Lee was released from prison after serving 2 ½ years of an 8 year sentence when attorney Brent S. Schafer ask a Ramsey County judge for a new trial based upon the newly discovered evidence that Lee’s Toyota Camry had a potential design defect that caused unintentionally accelerate. The verdict followed a three-week trial and more than three years of preparation.

Toyota appealed the verdict and the case is currently under consideration of the Eight Circuit Unites States Appellate Court. Oral arguments were held in December of 2016.